An Update from Australian, Geoff, in Luzhou, China 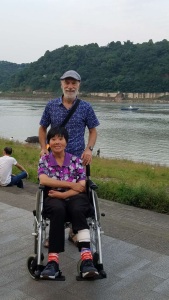 Geoff and Snow in Luzhou, along the Yangtze, last year

My posting of February 24, “My friend, Australian Geoff, gives daily Luzhou updates” told the story of Geoff and his Chinese wife, Snow, who are currently in Luzhou.  Geoff’s posts can be found at snows.site123.me.

If you are interested in the back-story of these two, I suggest returning to my February 24th entry which explains the fascinating story of this couple, including the current state of Snow who is confined to a wheelchair after a massive stroke at the age of 51.

If you get a little confused upon logging on to Geoff’s site, that’s because he has been re-posting from 3 years ago Snow’s stroke situation, which happened in Africa.  Just scroll onward and you will see he moves into the present-day situation of Luzhou, which is now almost back to normal.

Geoff has just written a piece for his local Australian newspaper in Lithgow which I will pass along to you here. You might be interested in the read.

Geoff’s comments in his website posting today shared his bafflement at the slowness to take the virus seriously:   The world had an unprecedented heads-up on this virus situation by watching China’s struggle to contain and deal with it.  Why didn’t anyone act sooner?!

I have no answer for that but we are in the midst of it now.  All I can hope for is we listen to the experts, adhere to our local, state and national government’s adamant suggestions how to stay safe, follow others’ advice to the letter that is needed to halt this thing, and lend one another support as best we can.

From Marshall, here’s wishing you safety and 平安 (ping ahn) for your day, along with  this lovely quote below:

“When you are in doubt, be still, and wait;

When doubt no longer exists for you then go forward with courage.

So long as mists envelop you, be still;

Be still until the sunlight pours through and dispels the mists-As it surely will. 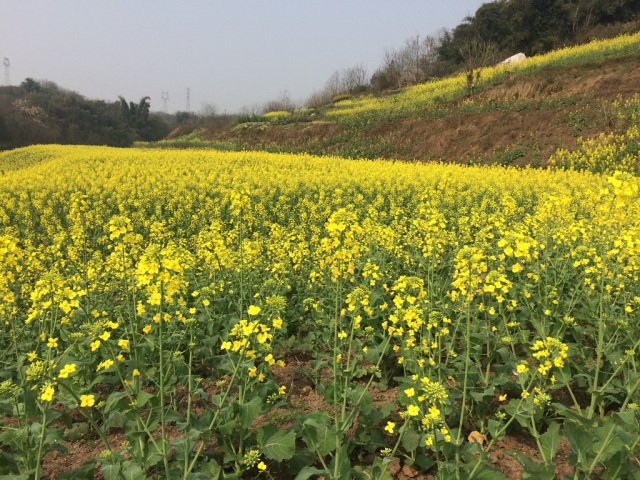 From my countryside walks in China: A field of rapseed in full bloom.

I have been in the Asia region for 30 years as an English language teacher. 28 of those have been spent with the Amity Foundation, a Chinese NGO that works in all areas of development for the Chinese people. Amity teachers are placed at small colleges throughout China as instructors of English language majors in the education field. In other words, my students will one day be English teachers themselves in their small villages or towns once they graduate. Currently, this is my 13th year in Luzhou Vocational and Technical College. The college is located in Luzhou city (loo-joe), Sichuan Province, a metropolis of 5 million people located next to the Yangtze River .
View all posts by connieinchina →
This entry was posted in A Visit Home to America, A Visit Home to Marshall, China, coronavirus, Travel. Bookmark the permalink.