Sharing the Happiness: A Chinese New Year Visit to my Local Chinese Restaurant

Posted on February 3, 2022 by connieinchina

If you’ve been following my Year of the Tiger posts, you’ll remember that Gao Pei (Frank) sent me an incredible box filled with favorite Chinese snack items as a New Year’s gift. It was great fun to see such a wide variety of items I never see here in my Midwest USA area. In China, I see such gift boxes and individually sold snack items on a daily basis. Pulling them out one by one brought back so many memories of the tastes and smells of my overseas home.

It also made me realize that there’s no way I could possibly eat all of these on my own. They are an acquired taste, some of them, so sharing with my mom is fine for some items (like the almond cookies) but not so much for others (like the Sichuan spicy noodles or rice flower red bean candy.).

Who in my community would possible appreciate any of these? None other than our local Chinese restaurant owners! 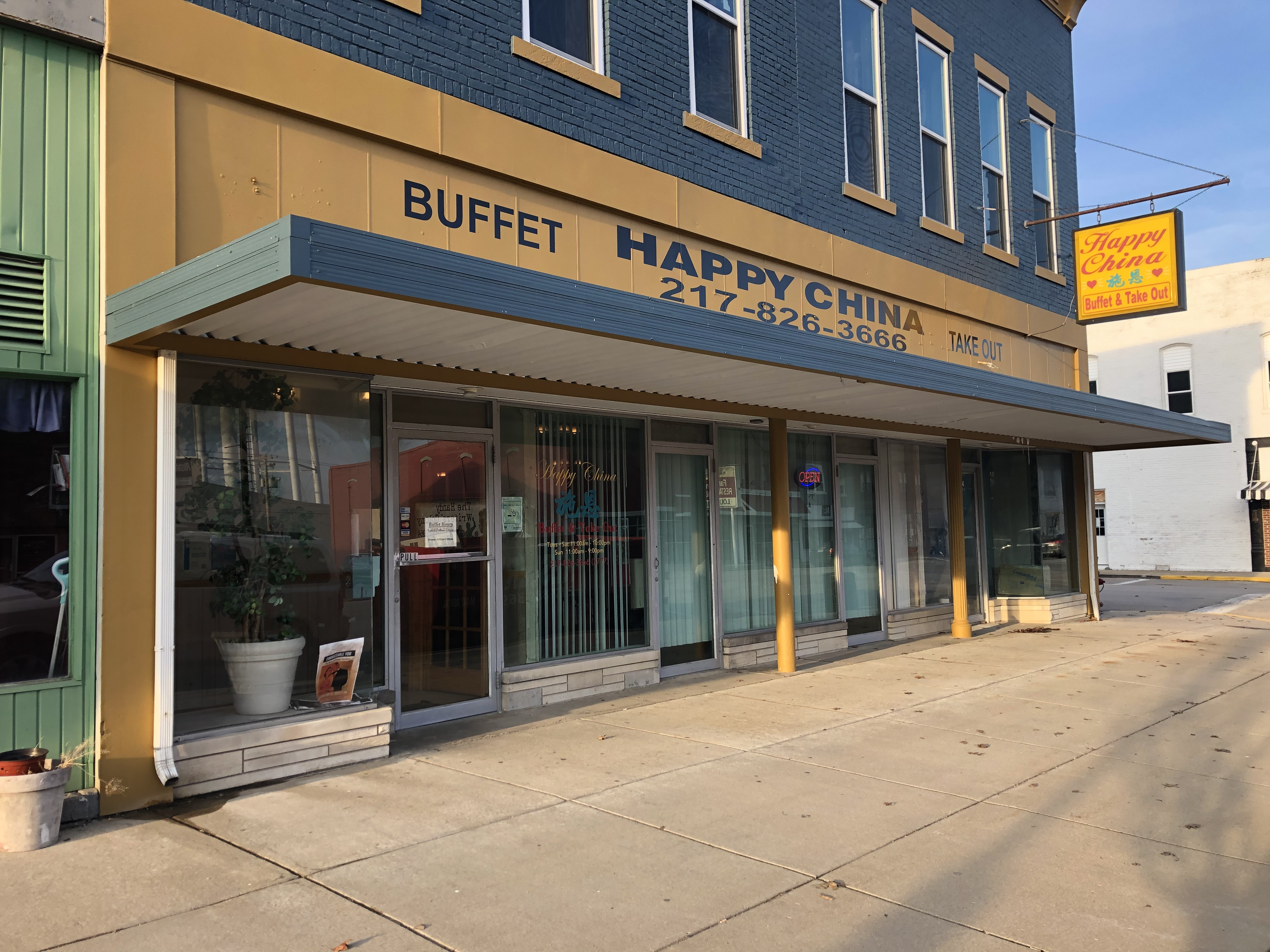 Over I went to bestow upon the mom and dad, plus their adult kids and the grand-kids, 3 boxes of Frank’s generous picks which he had sent to me.

As I swooped in the doorway of Happy China, then bustled past a few lunch diners who eyed me with curiosity at the fancy boxes I was carrying, I felt stealthily secretive, just like a tiger. No one had any idea I was coming. All were in the back kitchen, woking up more vittles for the buffet, when I burst through the swinging doors of the back room, shouting, “Gongxi Gongxi! 恭喜! (Congratulations!)”.

“Wow! Connie!” greeted me, with a response of “Gongxi, Gongxi!” and “Happy New Year!” in Chinese. 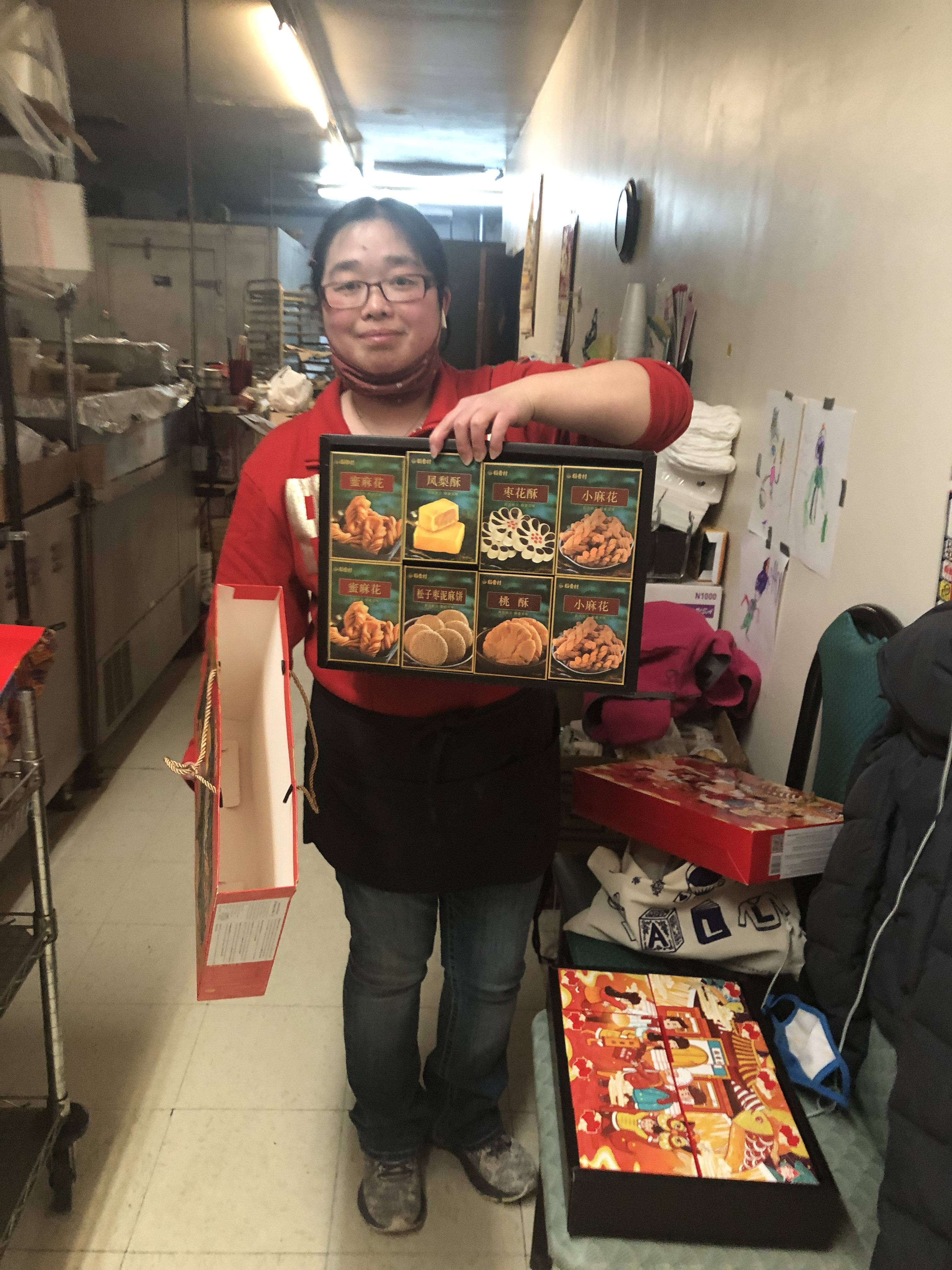 I began hauling out the contents of one box, pointing out the assorted snacks inside. The goodies were individually wrapped but not for long. All grabbed their favorites, tore into the sealed packets and began munching down all those familiar tastes of China while at the same time serving up buffet stir fries into the containers. Not missing a beat, they kept working while exclaiming, “好吃! 好吃!” (Good eats! Good eats!)

The son has 4 children at home so one box went to him. It might be that his very Americanized kids won’t care for what is offered but I bet Dad will. His wife is from South America, Lupe, a young woman very adventuresome. I’m guessing she’ll be keen on trying out whatever her husband brings home. I’ll be interested in hearing the reports next time I see her.

In exchange for my goodies, I was gifted with a Fujian Province apple, ordered from Chicago’s Chinatown by the family. The apples had just arrived that morning by truck from their Chinese product company used for all their special orders. I felt so honored that they would part with one of their treasured items and I was the recipient. 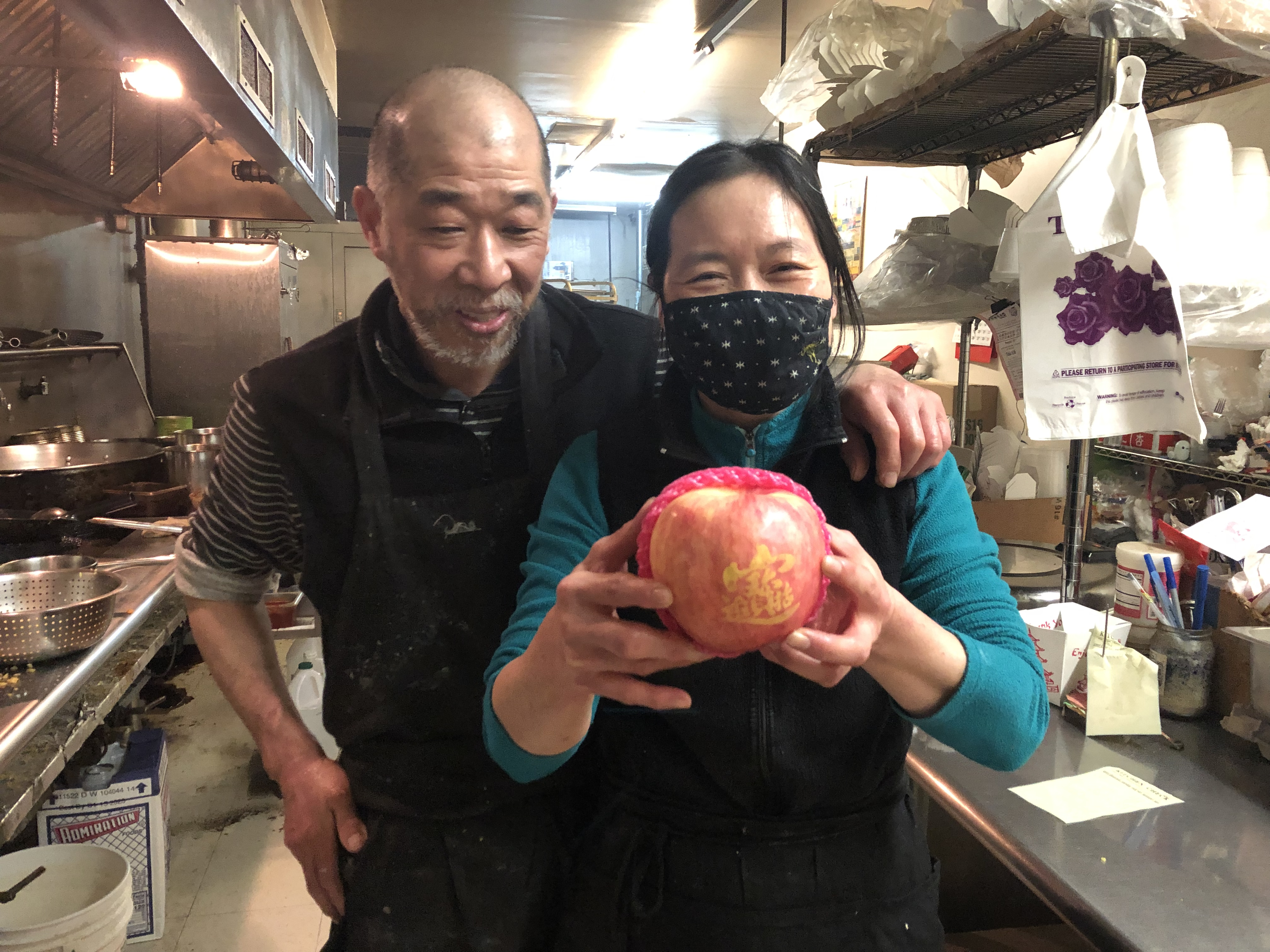 For those here, it’s really business as usual but for those in China, I continue to receive messages filled with family pictures around the dinner table and descriptions of gatherings, shopping ventures, highlights of this year’s CCTV gala  and plans for short-distance traveling.  The reports are filled with excitement and happiness, reflecting the joy of the holidays.  How I wish I could be a part of it all!

Well, there’s always next year.  Perhaps in 2023, I’ll  be celebrating alongside all those who are currently sending me greetings from afar.  Let’s hope that next year’s Chinese New Year (the Year of the Rabbit, to be celebrated on January 22nd)  will give us respite from the virus and see me curled up on my couch in China, sipping tea among friends and discussing with relish all our upcoming holiday plans.

Until next entry, here’s wishing you peace 平安 (Ping An) for your day.

1 Response to Sharing the Happiness: A Chinese New Year Visit to my Local Chinese Restaurant