My Grandfather and Mr. Brooks: Did they cross paths?

Posted on September 10, 2020 by connieinchina

Note:  For those following me as an Amity Foundation teacher in China, I will update about my return-to-China news and current status of that in another entry.  For now, this posting seemed timely and appropriate so I include it here. 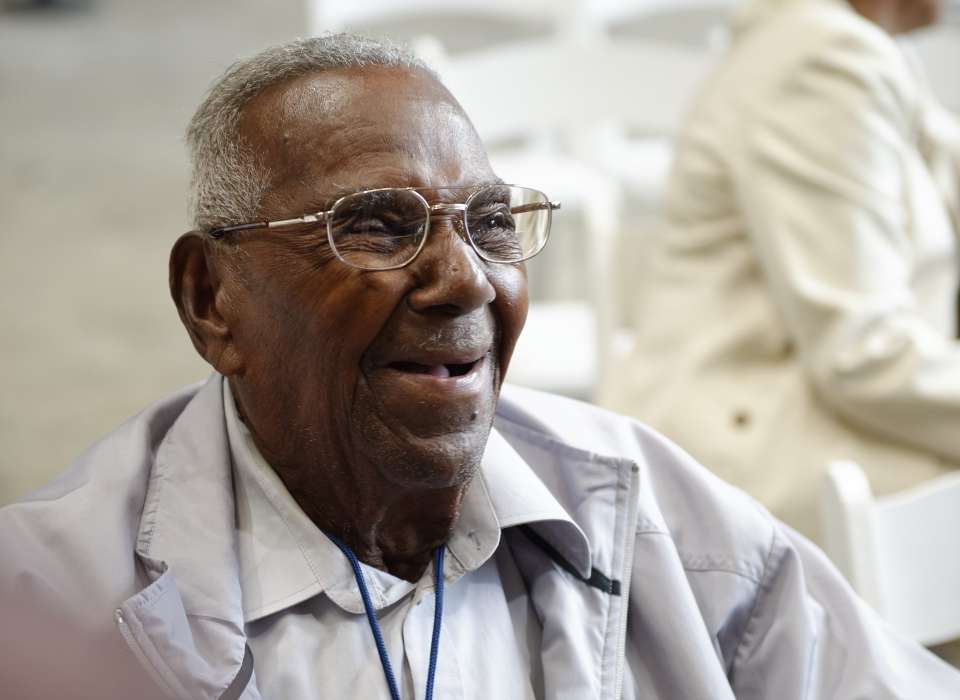 Lawrence Brooks, the oldest living WW 2 veteran, served in New Guinea and the Philippines with the 91st battalion.

A CNN article caught my eye several days ago.

Reporter Kelsie Smith, in her September 5th article, wrote:  “The oldest living American to serve in World War II is turning 111 years old, and you can join the celebration.” She went on with the following:

“Lawrence Brooks served as a support worker in the predominantly Black American 91st Engineer Battalion stationed in New Guinea and then the Philippines and reached the rank of private first class during the war. On September 12, he celebrates his 111th birthday. The National World War II Museum in New Orleans has thrown parties for the past five years to honor Brooks. Last year, family, veterans, and current military service members celebrated the veteran’s new milestone at the museum, with cupcakes and a musical performance by the museum’s vocal trio, the Victory Belles.

But this year, due to the pandemic, the celebration will look a little different. The museum is asking Americans around the country to send birthday cards.

On the big day, a small group of museum staff will deliver the cards to Brook at his home for a private celebration. Staff plans to wear face masks and practice social distancing. The Victory Belles will still serenade him.

To join the celebration, send a card to:

Photos, such as the one below,  followed of Mr. Brooks in past birthday celebrations enjoying his special day. 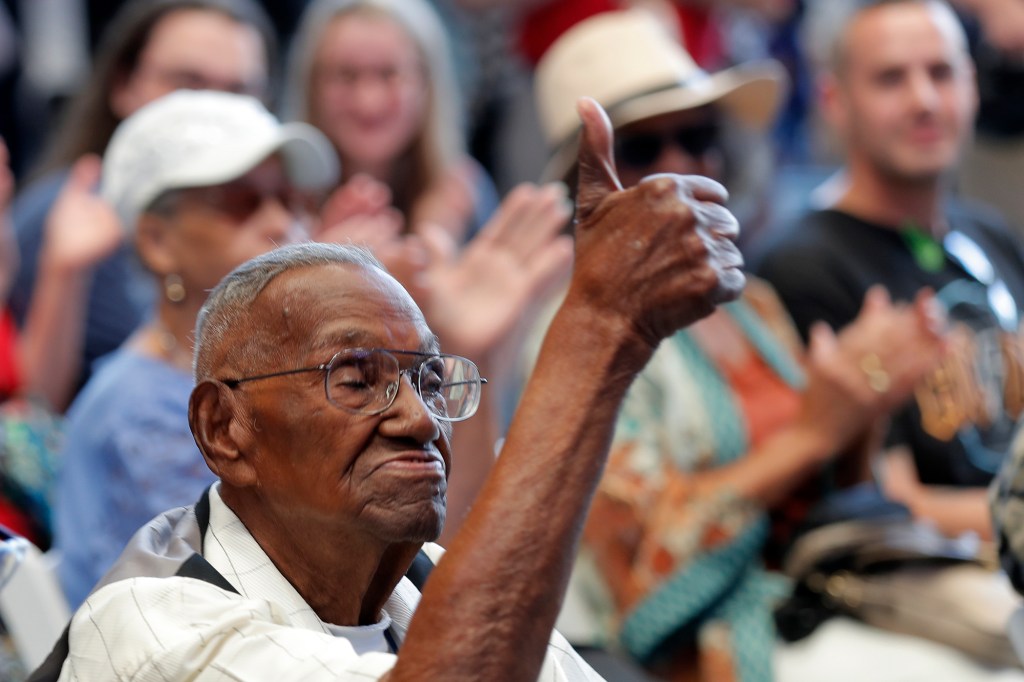 Did they cross paths?

After reading the article, I wondered if my grandfather’s battalion and Brook’s ever came in contact with one another.

As mentioned in previous posts, my grandfather also served in the Army in New Guinea and the Philippines at the same time as Mr. Brooks.  His role was that of chaplain, assigned to the 101st AAA  (Anti Aircraft Artillery) and had him traveling extensively to outlying foxholes and gunnery stations by peep. (A peep is slang for a WW II  jeep attached to an armored regiment.)

Or perhaps my grandfather had met the 91st’s chaplain, if not the men themselves. In his journal entries, he mentioned the “colored” troops (the term used at that time), including that he had met their chaplain.  It seems that for the African-American soldiers, one Black chaplain was assigned to their battalion with segregation of the troops still practiced to some extent, although not in all instances.

My Grandfather’s Opinions on Race Relations

Marvin’s Army trunk is seen here with his 5 journals from the war years displayed.

Throughout his journals, there were numerous references to those from different backgrounds, both in race, religion and nationality:  Blacks, Hispanics, Jews, Catholics, Protestants, women, homosexuals, Australians, Brits, native New Guineans, Filippinos, the Japanese … As a chaplain in the Army, he was confronted with ministering to and/or associating with all.  His writings portray an unedited, uncensored, raw telling of his thoughts and feelings:  some progressive, some less so; some thought-provoking , some banal; some applaudable, some cringeworthy.

With today’s current situation in America, I was struck by one particular entry, which I will share here.

In Volume 2 of my grandfather’s WW 2  journals, I found an entry dated Feb. 1, 1944.  His orders for overseas’ deployment came and he was waiting it out in San Francisco before departure for New Guinea.  During that time period, he detailed his numerous encounters with other officers heading out.  Their many conversations he recorded.  Some left him with a feeling of disgust and indignation, others that of bemusement and still more with admiration and respect.

This one below I found of particular interest, especially due to the current situation in America regarding racism:

“Also an officer in JAGD (Judge Advocate General’s Department) stated that there were many more AWOLs among Negro soldiers than among whites.  My answer to him was that the white American has much more to fight for.  He has a bigger stake in America.  Will the colored soldier fight for the privilege of riding in Jim Crow cars, of being discriminated against in labor unions, of being denied proper educational facilities and of being denied access to the professions?  Most assuredly, he is not going to be enthusiastic about fighting for the maintenance of such insistutions.  The JAGD Lt. then asked, ‘What better country could he belong to and fight for?’  I mentioned Australia, England, Free France and South America, Mexico:  This officer changed the subject.”

Such shameful treatment of American citizens, during that time period as well as today, gives me even greater admiration for those who served and are serving in our US Armed forces as racial and ethnic minorities, including women and LGBT armed forces personnel.  Despite blatant discrimination and all the wrongdoings that follow with it, here we witness, in such individuals, a commitment to hoped-for change, an optimism that things will get better, and that military service to this country is a respected calling to be carried out with honor and pride.  It takes a strong, dedicated and determined person to fight for a country that still struggles for justice, fairness and equality among its people.

On that final note, I would like to extend an upcoming Happy Birthday to you, Private First Class Lawrence Brooks.  Your card is in the mail, along with hundreds of others, I’m sure.   If my grandfather were alive today, he’d be right there beside you, offering a prayer of thanksgiving for your service, your life and your commitment to America.

From Illinois, here’s wishing Mr. Brooks, and all who read this 平安 (ping ahn), Peace, for your day.

I have been in the Asia region for 30 years as an English language teacher. 28 of those have been spent with the Amity Foundation, a Chinese NGO that works in all areas of development for the Chinese people. Amity teachers are placed at small colleges throughout China as instructors of English language majors in the education field. In other words, my students will one day be English teachers themselves in their small villages or towns once they graduate. Currently, this is my 13th year in Luzhou Vocational and Technical College. The college is located in Luzhou city (loo-joe), Sichuan Province, a metropolis of 5 million people located next to the Yangtze River .
View all posts by connieinchina →
This entry was posted in A WW 2 chaplain's encounters with discrimination, World War 2 Letters, WW 2 Letters: My grandmother writes. Bookmark the permalink.

1 Response to My Grandfather and Mr. Brooks: Did they cross paths?