My Mom’s Turn for an Entry 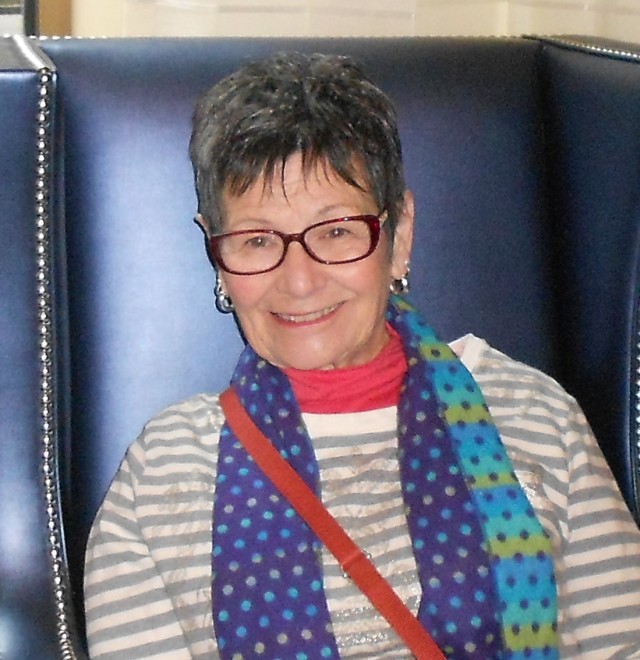 Priscilla Wieck’s Column:   “Walk With Me”

My mom, Priscilla Wieck, has been writing a weekly column for our local Marshall newspaper for 3 months now.  She has entitled it “Walk with Me” because of her daily walks around our small town with Lao-lao (Old-old), our Chinese Sichuan earthquake rescue Chihuahua.  Her thoughts, observations or activities of the day or week are carefully considered on these treks about Marshall.  She then chooses some of those to share with others in a column.

Her essays include all sorts of musings but I will share this one with you, to be published next week.  It was brought about by Obama’s recent visit to Hiroshima and his eloquently worded address in the Peace Park at that time.  She began thinking upon the world we live in and this is a result of her ponderings.  Hope you enjoy!  It gives us all something to truly think deeply upon.

And from China, Ping An (Peace) to all who read this.

A couple of weeks ago, this newspaper featured an article about a Muslim family from Martinsville that is giving presentations about the Muslim faith to help people understand that not all Muslims are terrorists. I hope you took the time to read that article. The following week, this paper published a perceptive and thoughtful letter to the editor written by Bob Nelson. Reading both of these, I was reminded of a word portrait of a global village that I had seen published several years ago.

It is good to be reminded once in a while that we, as Americans, are not alone on this planet.  There are other people from other countries with other religions and other ways of life that live here, too. So the following is a version of the Global Village. It is the most updated one I could find. Statistics are always changing and do not take into account the current refugee crisis.

A Global Village–If the World Were 100 People

7 would have a college degree, 2 would own or share a computer

77 people would have a place to shelter them from the wind and rain, but 23 would not

1 would be dying of starvation, 15 would be undernourished, 21 would be overweight

87 would have access to safe drinking water, 13 would not

The main thought that comes to me when I think about this global village is that we share this planet with millions of others and we need to start start learning to get along with and understand each other if the human race is to survive.

After the second World War, we all had visions of a peaceful world. We sang songs like “Let There Be Peace on Earth” and “One World Built on A Firm Foundation.” We truly thought the world was so tired of war that we would all live together peacefully forever. We believed that if the countries of the world would just pattern themselves after our country, all would be well. However, we forgot to take into consideration that not all the world’s countries wanted to or even can be like us.

Imagine this for a future: countries would sign peace treaties and keep them, the one percent of those who own most of the wealth would help out those who have nothing, dictators would stop killing those who disagree with their policies, war lords would stop fighting each other so that displaced people could return to their homes, wars fought in the name of religion would cease. Power driven governments would become humble. We would practice common decency to each other. What a world that would be!

Realistically we all know that will probably never happen. So what can we do to help make our corner of this world a better place? Maybe we could show a little more tolerance and understanding for others who are different from us. We could realize that it is not just about us.  It is about all of us together.

“In order to have faith in my own path, I do not need to prove that another’s path is wrong.” –Paulo Coelho

2 Responses to My Mom’s Turn for an Entry