In a country where immigrants are at risk, our Chinese immigrant (小老老, Little Old-old) Thrives

Posted on February 2, 2017 by connieinchina

In America’s current climate where immigrants are at risk, my family’s diminuative Chinese immigrant might very well come out on top.

Every year, my local hometown paper in Marshall, Ilinois, has a seasonal contest (usually in the winter) in which residents vote for a winner by placing pennies into a contestant’s container.  The container with the most money is the winner, with prizes being donated by various Marshall businesses and the penny donations going to a local charity.

For several years, the contest has been limited to only men with The Best Beard Contest.

During the opening day of the contest, photos of our community’s hefty guys with well-endowed, tidy, full beards filled The Marshall Advocate’s pages for the opening day.  After that, citizens were invited to stop into the newspaper office to vote.  Large plastic pickle jars, with each contestant’s name and picture posted on each one, lined the Advocate’s front desk.  Residents were then encouraged to drop by and toss in their pennies (as many as desired) to select who they felt should win the grand prize.  This usually went on the entire month of February, after which tallies were totaled, the top 3 place winners announced, prizes given and proceeds sent to the chosen charity,

This year, the paper’s editor and staff took a different path.  Instead of a contest of beards, we have a contest of furry, feathery or scaly critters.  Yes, it’s the Best Pet Ever Contest!

From January 16 to 31, entries have been flooding the newspaper, including the one I sent for Lao-lao.  Requirements included a photo and 50 words (max) telling people what’s special about our little guy.  Hard to limit his unique, and ornery, personality to 50 words but my mom and I came up with what we hope is a good summing-up of his most desirable characteristics.

The penny voting jars will be open from Feb. 3 – 24, with winners announced in the February 28th edition of The Marshall Advocate. This can be viewed online at strohmnews.com, for anyone interested.

I must say the prizes are pretty desirable.  The winner will receive $675 worth of pet merchandise, gift baskets and gift certificates from local restaurants, flower shops and even the veterinarian clinic.  Second place receives $50 cash and 3rd place receives $25.

But the most rewarding prize of all will be the donations in the jars, sent to our local animal rescue group, Rescue Me Clifford.

My mom and I are hoping that our Lao-lao will pull ahead of the pack in pennies because of his town celebrity stardom.  He’s been featured in the newspaper several times for his immigrant story, that of surviving the Sichuan 2008 earthquake and his remarkable journey to America after I scooped him up off the streets of China, broken jaw and all.  He also has his own children’s book in our public library, a book which I have as yet to find a publisher for.

And if he doesn’t win?  Not a top priority on our list.  It’s really  just the fun and joy of entering.  My mom and I hope that Lao-lao’s jar will fill up with enough monetary donations that the group receiving the funds, Rescue Me Clifford, will greatly benefit.  Being a rescue himself, it’s only fitting that our little Chi should give back to his American brothers and sisters in the animal kingdom here.  He’s very proud to be a part of our USA small town and wants to help in every way possible.

Wish him luck!  And Ping An (Peace) in his happy home life. 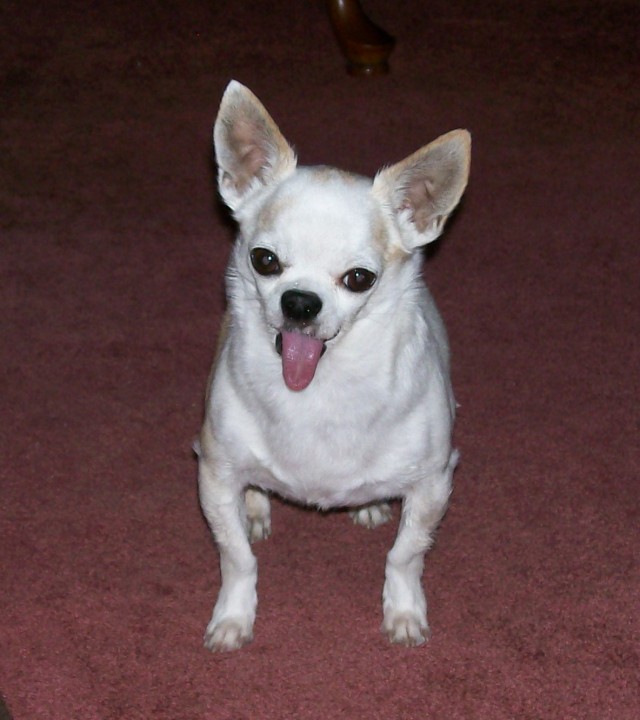 What’s Special about Lao-lao in 50 words or less? 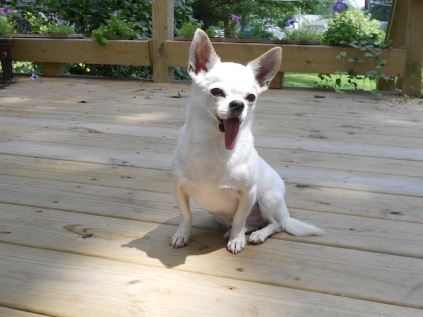 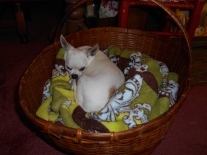 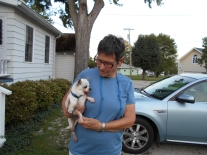 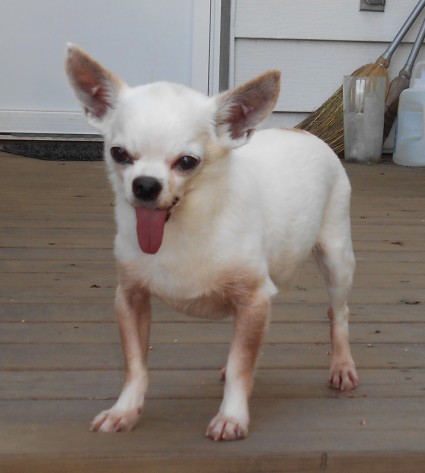 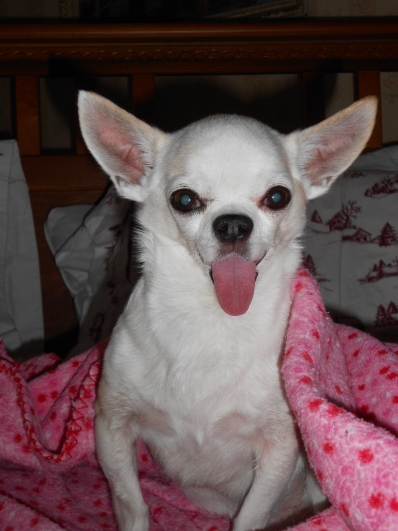 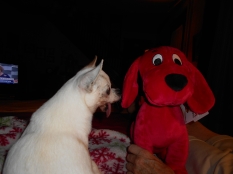 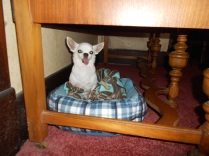 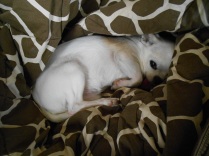 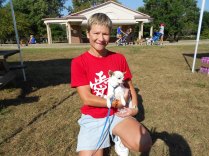 2 Responses to In a country where immigrants are at risk, our Chinese immigrant (小老老, Little Old-old) Thrives